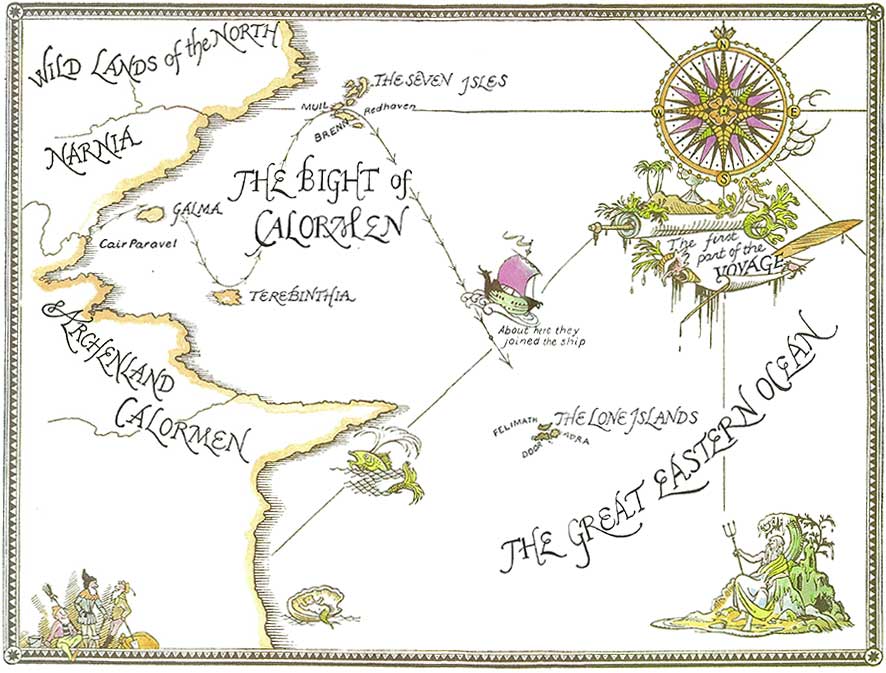 Galma:
“We had a fair wind from Cair Paravel and stood a little north for Glama, which we made on the next day. We were in port for a week, for the Duke of Galma made a great tournament for His Majesty…”

Terebinthia:
“[We] did not make Terebinthia till the fourth day from Galma. And there their King sent out a warning not to land for there was sickness in Terebinthia.”

The Seven Isles:
Muil: “And in five says more we were in sight of the Muil, which, as you now, is the westernmost of the Seven Isles.”

“We road through the straits and came about sundown into Redhaven on the isle of Brenn, where we were very lovingly feasted and had victuals and water at will.”

The Lone Islands:
Lucy, Eustace, Edmund, and Caspian deboard the Dawn Treader to find that Felimath is now inhabited.

“…a little way off the starboard bow , was the nearest of the Lone Islands, Felimath, like a low green hill in the sea, and behind it, further off, the gray slopes of its sister Doorn.”